The Tetrahedral Unstructured-grid Software System (TetrUSS) is a suite of flow analysis computer programs developed at NASA Langley Research Center. It was written with the goal of providing non-expert users a validated capability for performing rapid aerodynamic analysis and design of complex configurations. Capabilities include rapid grid generation, as well as inviscid and viscous flow analysis. TetrUSS has been applied to a wide range of flow-analysis problems in many fields ranging from aerospace to biomedical.

As the original developer of VGRID (the grid-generation component of TetrUSS), ViGYAN is uniquely qualified to provide training courses on the use of TetrUSS. The 4-day training course includes hands-on tutorials that encompass each aspect of the process, from grid generation to post-processing of the results. Trainees are encouraged to bring geometries representative of the problems they are working on, for rapid application of their newly learned skills. The training sessions are held once a month at our Hampton, Virginia offices. Our FAQ contains more information on TetrUSS training (including course cost, schedule, and enrollment). In addition, feel free to contact us.

ViGYAN also offers additional, ongoing support plans for TetrUSS users. These allow users to avail themselves of ViGYAN's in-house staff of TetrUSS experts for assistance on their specific cases. This also provides users a central point of contact for the latest documentation on TetrUSS. See our support page for information on our support plans.

For more information on TetrUSS, visit the NASA Langley TetrUSS website https://tetruss.larc.nasa.gov. An informational brochure on TetrUSS is also available (below). 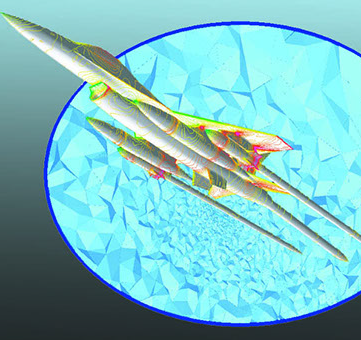 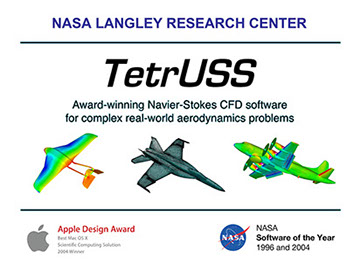 Contact us if you have a question regarding TetrUSS

VGRID - Still a Vital Component of the NASA TetrUSS Software

VGRID is a robust, user-friendly computer program for the generation of three-dimensional unstructured (triangular surface and tetrahedral volume) grids in geometrically complex domains.

The base code (VGRID3D) was developed by ViGYAN, Inc. under a NASA Small Business Innovation Research (SBIR) contract. In the almost 30 years since completion of that project, considerable extensions to VGRID have been developed at NASA Langley Research Center.

VGRID is a key component to the NASA unstructured-grid software system TetrUSS, Used in conjunction with a graphical user interface utility, GridTool, and a grid post-processing program, POSTGRID, the VGRID system provides a reliable tool for the fast and convenient generation of unstructured grids around complex configurations. The code, in conjunction with USM3D, and post-processing visualization program, ViGPLOT has been widely used by many researchers and engineers from academia, industry, NASA, and other government agencies for the past several years.